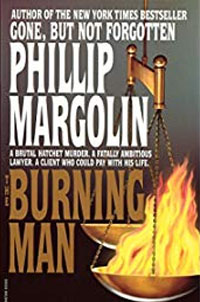 From bestselling author Phillip Margolin, a fast-paced legal thriller packed with page-turning suspense. Peter Hale is a young attorney struggling to make his own mark in his father’s venerable law firm when he is presented with the opportunity of a lifetime. During the trial of a multimillion-dollar case, Peter’s father, the lead counsel, suffers a heart attack and asks Peter to move for a mistrial until he’s feeling better. Peter decides this is his only chance to prove to his father that he is the terrific lawyer he knows himself to be, and he chooses to carry on with the case against his father’s wishes. In his zeal to prove himself, Peter neglects his client and ends up losing everything–the case, his job, and his father.

Unemployed and disinherited, Peter takes the only job he is offered–that of a public defender in a small Oregon town. He hopes that if he can make good there, he can reinstate himself in his father’s good graces. But his ambition again gets the best of him when he takes on a death-penalty case, representing a mentally retarded man accused of the brutal hatchet murder of a college coed. He’s in way over his head, and it’s only when Peter realizes that his greed and his ego may end up killing his client that he begins to understand what it really takes to be a good lawyer–and to become a man. The Chicago Tribune said “It takes a really crafty storyteller to put people on the edge of their seats and keep them there. But Phillip Margolin does just that.” In The Burning Man, with its intricate plotting, legal
intrigue, and many twists and surprises, Phillip Margolin has done it again. This is sure to be his biggest bestseller yet.