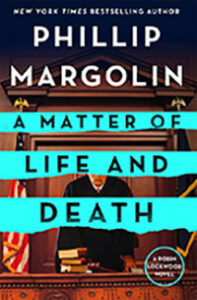 Available March 9. Pre-order your copy by clicking the read more button below.

“A genuine whodunnit” (Kirkus Reviews)–Phillip Margolin, the master of the courtroom thriller, returns with A Matter of Life and Death, a classic mind-bending puzzle, as Attorney Robin Lockwood must face her most challenging case yet, with everything stacked against her client and death on the line……….
Read More